‘Euphoria’: A hard to watch but captivating show 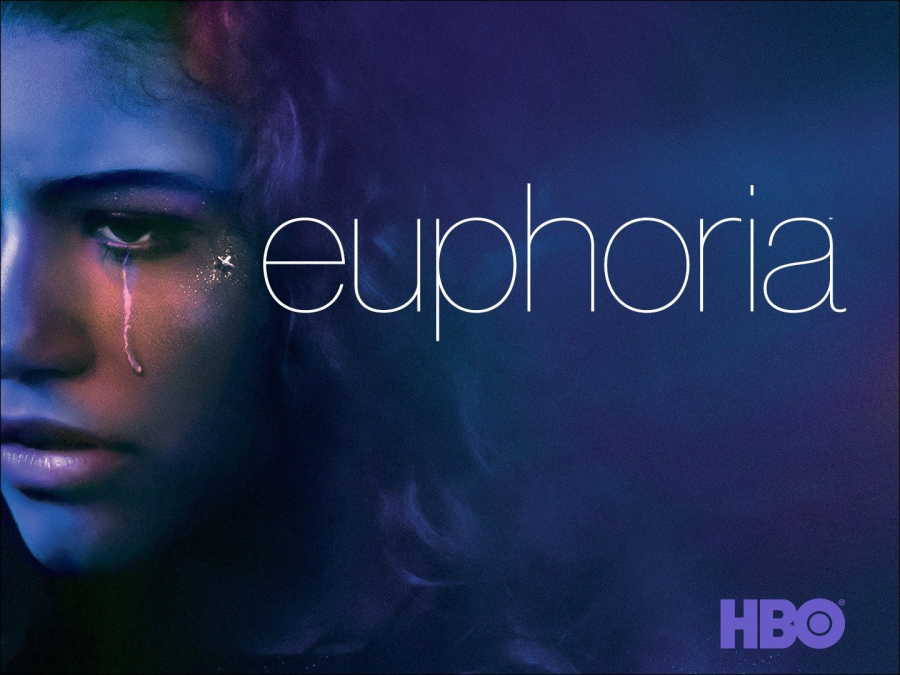 “Euphoria” is a 2019 HBO drama directed by Sam Levinson and starring Zendaya Coleman as the main character, Rue Bennet. The show also co-stars Hunter Schafer as Jules Vaughn, Jacob Elordi as Nate Jacobs, Angus Cloud as Fezco, and many more.

The show follows a group of high school students trying to navigate through a world of drugs, sex, abuse, trauma, and the dark side of social media. It’s also worth knowing that the show is an adaptation of an Isreali show, with the same title that aired in November 2012,  and was written by Ron Leshem and directed by Dafna Levin.

The story first starts off with an introduction to the main character, Rue, a drug addict that has recently gotten out of rehab but immediately goes into her old habits. We are soon introduced to Jules and her friend Kat, who invite her to a party that is hosted by college football player, Chris McKay. From there, we meet Nate Jacobs, star quarterback of East Highland High School and has major anger issues. By the time all the characters are at the party, all the major conflicts are shown and by the end of the first episode the plot is set in motion.

One of the best things about this show is its cinematography and camera work done by Marcell Rév. The show has one of the most consistently exciting shots, almost every episode has a new camera technique that makes the camera movement and transitions unpredictable. It also has some of the best wordless storytelling, like when the camera is just showing a character saying nothing and lets the viewers interpret what they’re feeling.

Another highlight to the show is the characters themselves and their struggles. But that wouldn’t be the case without the performances from the actors. Each one does a great job portraying their respective role, and although their ages don’t really match up, they still manage to make them believable and somewhat realistic.

This is most notable with Coleman’s performance as Rue; it is outstanding to say the least. She perfectly portrays Rue’s struggle with her addiction as well as illustrating her anxiety. Rue’s development is so painful and gruesome but it also makes it satisfying and empowering. It’s no wonder Coleman won three awards including an Emmy for Outstanding Lead Actress, Satellite Award for Best Actress in a Series, Drama/Genre, and People’s Choice Award for Drama TV Star, in 2020.

After two and a half years, HBO inevitably aired the first episode for season two on January 9, 2022, following up the season one finale. With the success of the first season, over 13.1 million viewers watched the season-two premiere on HBO and HBO Max, which is greater than the average 6.6 million viewers back in season one. This is also thanks to the countless posts on social media and the growing popularity of Coleman.

When I first watched this show, I did not like it. However, when I watched the first season again for this review, I actually enjoyed it. The plot is really engaging and I was invested in the characters as they try to persevere through their personal struggles.

When I finally got to the second season, I was a little bit disappointed since most of the previous characters are put aside and don’t have an interesting plot like the first season.

But aside from that, this is a great show to watch and even better when you have someone to watch it with and talk about it the next day.