Cartoon Club is Back after a Two Years Pandemic Break 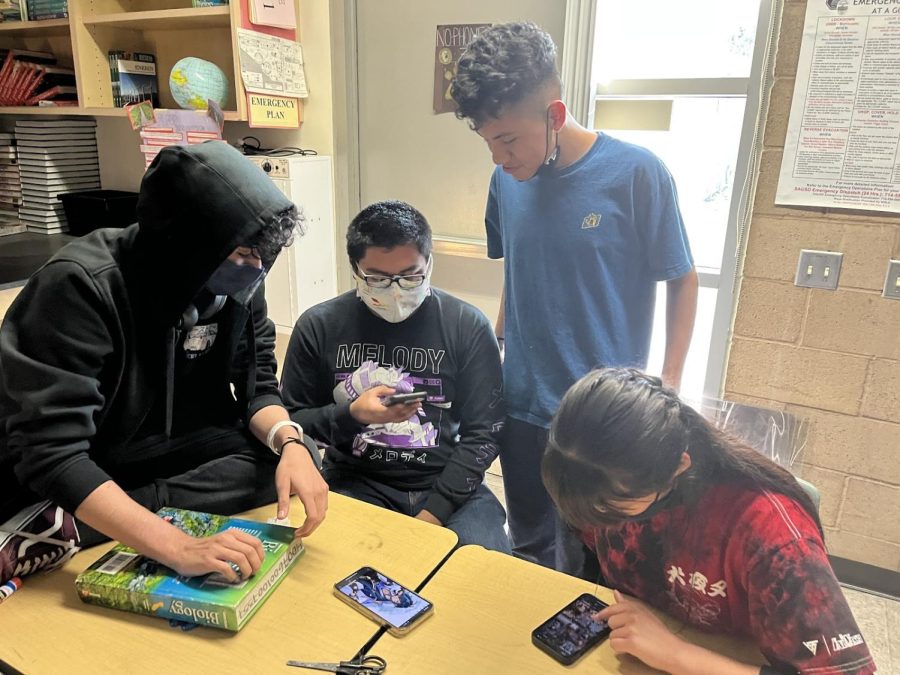 Vice President, Kevin Ramirez, has a conversation about an anime show with three of the club’s members in Room 2-211. Photo taken on January 19, 2022.

Do you like watching cartoons with great art, story and animation? Then, the Cartoon Club has a space for you.

The Cartoon Club was canceled for two years because of the COVID-19 pandemic. However, the club returned with the efforts of senior, Gonzalo Castro-Rodriguez.

In 2019, Castro was a member when he was a sophomore, along with vice president Kevin Ramirez who was a freshman. For Castro, animation is his greatest interest after school; from video games, to cartoons and anime. So he and Ramirez decided to revive the club in order to have a place where students can hang out, watch, and share their passion for animation.

“When we finally came back to school, I was kind of disappointed there wasn’t a club because all of the previous members were gone. So, I thought maybe I should pick up the torch,” said Castro.

Originally, the club was going to be called the Animation Club but Castro decided to change it.

On the first meeting, students got confused since most thought the club was going to actually teach animation rather than just watching it.

Castro said, “People assumed this club was teaching how to animate, but we told them that we were just watching animation. So, I decided to change the name so people wouldn’t get it mixed up.”

The club is now called, “The Cartoon Club.”

In the club, they watch a variety of cartoons from shows like “Spongebob Squarepants” to “Chowder.” They also provide students pizza so they can watch shows while having a nice after school snack.

However, if old cartoons aren’t your thing, the club also watches some anime shows, as well as playing a mobile game “Genshin Impact.”

For Jill Lytle, the club’s adviser, one of the best things about this club is watching students get together to have fun and talk about their shared interests.

Lytle said, “I am really interested in learning and hearing more about their passion for anime and manga.”

There are currently six members that have joined the club but Castro and Ramirez are hoping to get more members by setting up flyers and posting on social media.

Ramirez said, “We are planning on putting out new flyers because we didn’t put out as much the first time and we also asked Grizzly Lounge for help.”

If you are already convinced about joining, you can stop by the club. They meet every Wednesday between 3:30 to 4:30 p.m., in Lytle’s room 2-211, after school. You can also sign up for their Remind account for updates.

“I hope people can come by every now and then, we have food and drinks, and I am planning on giveaways of anything cartoon related,” concluded Castro.