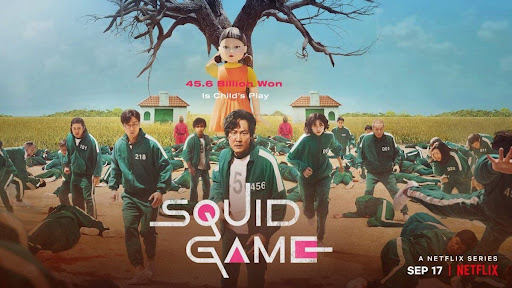 An exciting show that premiered late September is on the road to becoming Netflix’s most watched show, “Squid Game.” The show revolves on a competition in which 456 people from all walks of life, all of who are heavily in debt, compete in a series of children's games with grave consequences. If they win, they have a $45.6 billion won or in U.S. dollars, $38.6 million.

With Halloween right around the corner, Netflix & Chills line-up is packed with plenty of high thrilling shows like “Squid Game,” as well as a huge helping of terrifying TV shows like the “Haunting of Hill House” and “On My Block.” But Netflix isn’t the only channel with new shows. Here are selections for October’s most exciting shows, whether you stream or channel surf.