What Football Fans Wait for: the NFL Draft 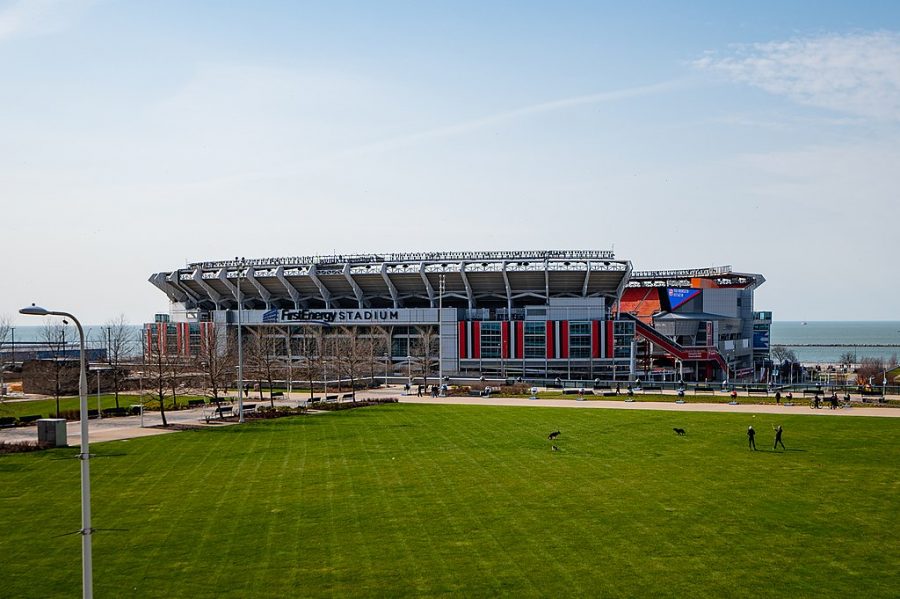 Courtesy of Erik_Drost for Creative Commons

This year the NFL Draft was held in Cleveland, Ohio, at multiple locations around the downtown area including Frist Energy stadium.

“With the first pick in the NFL Draft the Jaguars select…” this is what football athletes work their entire lives to hear.

The 2021 National Football League draft was a huge success that made so many dreams come true for many players and their families.

There were tons of fans in attendance while following COVID-19 safety protocols. It almost looked like a regular NFL draft compared to last year’s where everything was virtual due to the ongoing pandemic. With the commissioner of the NFL, Roger Goodell, fully vaccinated, the emotional hugs on stage were allowed and missed by fans.

The NFL Draft took place in Cleveland, Ohio, from Thursday, April 29 to Saturday, May 1. It started at 8 p.m. Eastern Time and the first night consisted of first round drafts only, with the following night including second and third rounds. The last day were the final fourth to seventh rounds. In total, there were 259 NFL prospects selected.

The first pick in the NFL Draft involved Jacksonville Jaguars selecting Trevor Lawrence, quarterback out of Clemson University. He was the highest rated prospect coming out of college and was undoubtedly, the number one pick. With Jacksonville looking for their franchise quarterback, they may have finally found the right guy and are surrounding him with talent to help him win.

The New York Jets selected Zach Wilson as the second pick in the NFL Draft. He is a quarterback out of Brigham Young University. He was the best fit for the Jets as they have had horrible success throughout the past few seasons. Coaching staff played a huge part in that but were able to sign new coaches this off season and get a fresh start with a new quarterback.

In the third pick, the San Francisco 49ers selected Trey Lance, quarterback out of North Dakota State. This selection caught every 49ers fan by surprise as they were expecting them to draft quarterback Justin Fields from Ohio State. Although this may not matter since the 49ers has a history of selecting the right pick for their team, especially with quarterbacks.

This was the third time in NFL history that the first three picks of the NFL Draft were all quarterbacks.

With the fourth pick, the Atlanta Falcons selected Kyle Pitts, tight end out of University of Florida. He is a once in a lifetime generational talent that has the potential to be one of the greatest if not the greatest tight end of all time.

The fifth pick in the draft, the Cincinnati Bengals selected Ja’mar Chase, wide receiver from Louisiana State University. The Bengals wanted to reunite Chase with his former college QB and number one overall pick in the 2020 NFL Draft, Joe Burrow. But some may believe that was not the best decision to make since Burrow was sacked a lot last year and tore his ACL because of it.

Godinez Fundamental High School students were asked their thoughts on the NFL Draft.

“I am a Denver Broncos fan and was happy with them selecting cornerback Patrick Surtain out of the University of Alabama in the first round,” sophomore Ivan Perez commented.

There were several picks that shocked a couple fans as they couldn’t believe the team would go with a certain player.

“This was a huge surprise to me as he (Surtain) was expected to go in the 2nd round of the draft,” senior Aaron Bravo responded.

Bravo enjoyed the surprise of some of the players that were picked.

“Overall, there were players who were supposed to be drafted earlier and fell in the draft. The pick that the Raiders chose was Alex Leatherwood, offensive tackle out of the University of Alabama,” said Bravo.

Some fans really enjoyed how their draft went and some feel like they could have done better.

“I feel the NFL Draft went well. It was very interesting with a lot of trades,” said sophomore Matthew Olvera.

But Olvera wasn’t happy with one team.

“The Rams didn’t do such a great job. Our priorities were to get an offensive line. But our first pick was Tutu Atwell a 5’9 170 lbs WR. Even though our our WR core is still very good. That pick wasn’t needed,” said Olvera.

The teams with the most picks in this year’s NFL Draft were the Philadelphia Eagles(11), Baltimore Ravens(10), Dallas Cowboys(10), Green Bay Packers(10), Minnesota Vikings(10), New England Patriots(10), and the New York Jets(10). This helps them increase their chances of getting more players to improve their team.

As the 2021 NFL Draft ended, multiple teams already have their eyes looking forward to next year’s draft as there are more talented players getting ready to hopefully, live out their dreams on a national stadium field soon.