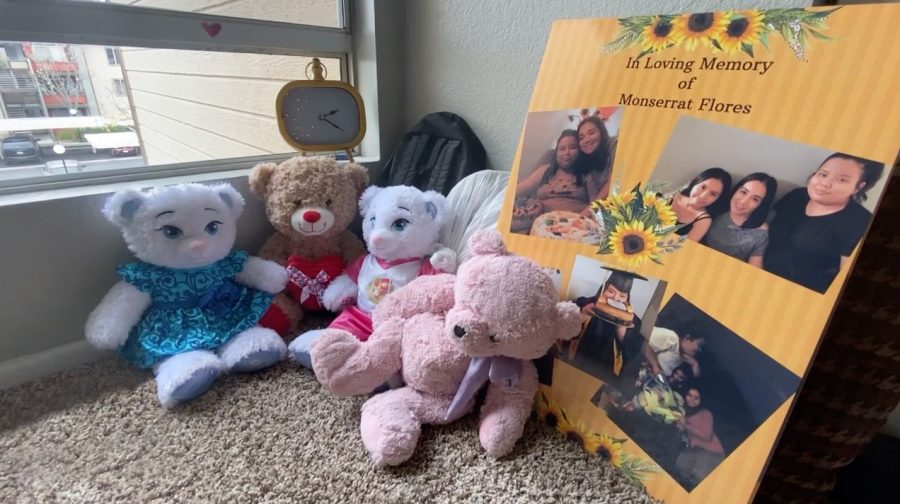 Recent graduate (class of 2020) Monserrat Flores’ stuffed animals placed in a corner of her sister Vanessa Flores’ room in remembrance of her.

In Memory of Those We Lost this Past Year

With over 60,000 deaths in California due to the outbreak of COVID-19, it is evident that it is no longer just a number, but more about the millions of lives that this pandemic has taken worldwide from the old, young, and healthy.

Many families across the world have had to unexpectedly deal with the same routines and hectic lives as well as the grief that comes after loss. Whether it be as a parent, sister, or brother, losing a loved one isn’t something anyone looks forward to.

The memories of them linger within us and although they are no longer on this earth, those moments we shared and made with them serve as a reminder that they existed and that their legacies will live on forever, in our hearts and in our souls.

Here are the stories of loss of one Godinez Fundamental High School (GFHS) alumni, a GFHS teacher’s husband, as well as a current senior who lost multiple family members during the pandemic. 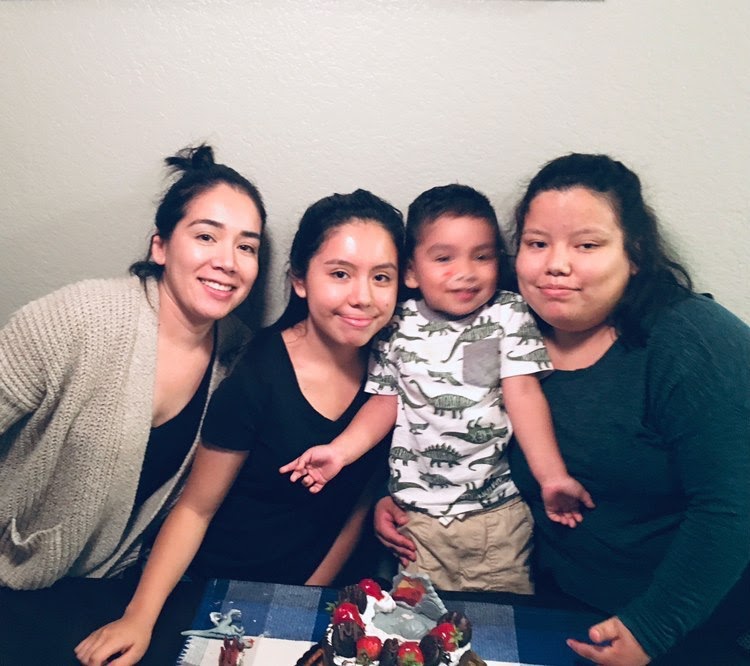 A Long Life Ahead Got Cut Short

Ever since Monserrat (Monse for short) Flores, 19, was a little girl, she always loved being around children and she dreamt of opening a daycare or becoming a teacher one day.

On December 5th, 2020, the coronavirus cut those dreams short.

“I never thought this would happen to us. She was just starting her life, her career,” said Monse’s mother, Guadalupe Cornejo.

Flores was a part of the graduating class of 2020 at Godinez Fundamental High School. She worked the front lines at Northgate Market, along with her mother, while taking classes online at a local community college in Santa Ana.

Her sister, Vanessa Flores, said that she first came down with the virus around Thanksgiving of last year.

Cornejo said that everyone in her family was ill, so it was extremely difficult to support one another with following quarantine.

“I thought I should have been here with her. I thought that maybe I could have done something to help her but we were all sick,” said Cornejo.

For Monse, she passed away on the fifth day of being sick with COVID-19.

“I am hurting and it is an open wound that will never close,” said Flores.

She added, “I will always remember her as the cheerful and comforting person she was. She would always tell me how proud she was of me and how I have to keep pushing through and be strong no matter what.”

These unfortunate series of events were accompanied with an extreme financial hardship.

To help reduce costs, a GoFundMe page was created and shared with family and friends.

The Federal Emergency Management Agency (FEMA) was another great resource for them.

FEMA started providing COVID-19 Funeral Assistance when the pandemic began back in March of 2020. Since then, it has helped many families with expenses for funeral services and/or cremation.

There are such requirements like the death occurring in the United States, proof on the death certificate that shows the cause was due to COVID-19, and the person applying must be a U.S. citizen.

Drama director at GFHS, Richard Marting, is fortunate enough to have known Monse for two years.

When he first heard of the news, he was in shock.

“I couldn’t believe that someone so young and someone that had been in my classroom had died, let alone from the coronavirus. My heart breaks with her family and her sister that have to deal with this loss of a young life that was just starting,” said Marting.

“She would just light up the room when she came in and was a fun, loving, caring student,” added Marting.

As the family continues to grieve over the loss of Monse, they do it slowly.

“I’m very sorry for the other mothers who also lost their children and lost children of the same age as my daughter,” Cornejo said. 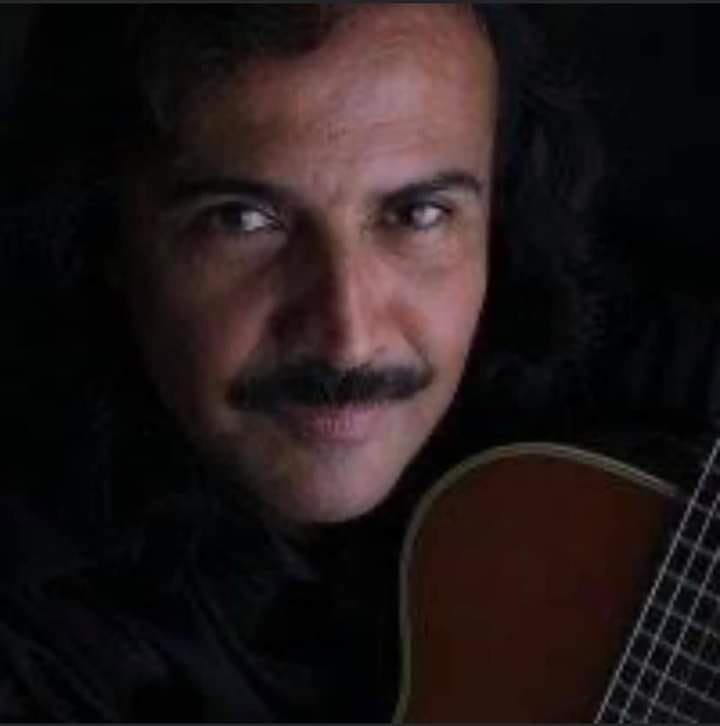 A photo of Juan Carlos Contreras. One of the things he enjoyed was playing the guitar. In fact, he started a guitar club at Saddleback High School.

Known for his extreme love and gifted talent for music, Juan Carlos Contreras, passed away from COVID-19 in early January of this year.

Miriam Contreras, his wife who is a teacher and World Languages department chairperson at GFHS, describes him as a person with a larger-than-life personality.

“Anytime he walked into a room, he lit the place up with his beautiful smile and energetic laughter. He always tried to see the good in every situation and find hope in every person,” said Contreras.

Contreras grew up in Callao, a small port city in Lima, Peru, where he started playing the guitar and singing at gigs at 13 years old. He eventually got so good at it and wanted to share his talent with others.

Despite coming from very meager beginnings, that did not matter to Juan Carlos or JC as Miriam called him. He always pushed himself to be the best at everything he did.

“He wanted his students to know that it doesn’t matter where you come from or what has happened in your past. You can do anything that you set your mind to. You can achieve greatness, you can live a beautiful life, and get everything you ever wanted,” said Miriam.

Later on, he moved to the United States to live the “American Dream.” He earned his Bachelors of Arts in Cross Cultural Communication from Chapman University and a Masters of Science in Educational Technology from National University.

It was then that he decided to become a teacher. He started his remarkable journey at the Santa Ana Unified School District (SAUSD), first teaching computer education at Spurgeon Intermediate School and then a Spanish teacher at Saddleback High School.

Miriam said, “He was a natural-born teacher, who pushed students to be the best they could possibly be. For years, he would have students going back to his class to thank him for helping them create goals and pursue a better life for themselves.”

In total, Contreras worked at SAUSD for 30 years. However, he spent most of his time at Saddleback where he started an after-school guitar club as a way of giving his students an opportunity to enhance and/or develop their musical skills, attain confidence, and ultimately have a community on campus.

The guitar club performed at pep rallies, back to school nights, open houses, and hosted the talent show each year.

Miriam said that in his last few years, he taught summer school at Godinez.

“Juan Carlos loved working in Santa Ana and wouldn’t have given it up for the world,” added Miriam.

But above all, the two most important things in his life were having a strong family bond and an unwavering faith in God.

Junior, Perla Mendoza, at Saddleback had the chance to meet Contreras through her Advanced Placement Spanish Literature class last year.

Mendoza said that he was the sweetest person and was always in a good mood even on his bad days. And, he never failed to put a smile on his students’ faces because he would treat them as if they were his kids.

Mendoza was in complete disbelief when she found out about the loss.

“I will most definitely miss his positive attitude. He always put his students over everything. I remember he always told us ‘I believe in you no matter where you come from or how challenging things get, you’ll always find a way’,” said Mendoza.

Mendoza shared many moments with Contreras, for example, when December approached, he would take his students to each class to sing songs.

“He did so much for all his students and he absolutely left an impact,” Mendoza added.

Without a doubt, Contreras’ legacy will live on and is greatly missed by everyone who was lucky enough to know him.

Everything Happened All of a Sudden

Going into an online-only senior year of high school was odd and strange for senior Marian Romero-Medina. Her school and family life seemed to be going well— that is, until she lost multiple loved ones.

Her great aunt and uncle, Maximalia Franco Rizo, 65, and Salvador Franco Rizo, 69, both passed away in December 2020 due to COVID-19.

“My uncle was a hardworking man and cared for my mom and my siblings. My aunt was really a fighter,” said Romero-Medina.

Romero-Medina said that her aunt had it worse due to her health conditions, however, both were hospitalized and made it past quarantine. That is why, both of their deaths were unexpected and shocking.

There are so many fond memories that Romero-Medina shared with her great aunt and uncle but one that she will never forget was her 16th birthday.

“I remember it was a rainy day. We ate and laughed. Little did I know that it would have been our last time together as a family,” said Romero-Medina.

To compound that loss, she lost her uncle, Jorge Sergio Franco, 36, and his husband, Edwin Giovanni Gutierrez, 46, in a car accident at Las Vegas, a couple months later in March.

They were coming home from North Hollywood when a man, driving under the influence, struck them making a left turn.

“My uncles were the brightest souls and were always there for my siblings and I when we needed it the most. So, knowing that they took care of themselves during the pandemic and having them pass away from a car accident seems surreal,” said Romero-Medina.

Healing takes time, a lot of time. But, for Romero-Medina, it came along with a lesson.

“Losing them just showed me that I have to make as many memories as I can with my family before it’s too late,” added Romero-Medina.

“This past year has taken a toll on everyone, in some way, and it is too easy to take for granted the lives that we have, so I encourage people to really appreciate their loved ones and tell them how they feel,” concluded Contreras.

As the June 15 deadline for the reopening of California approaches, the hope and worry is that enough people have been vaccinated so no one else has to go through the loss of a loved one to this terrible virus.