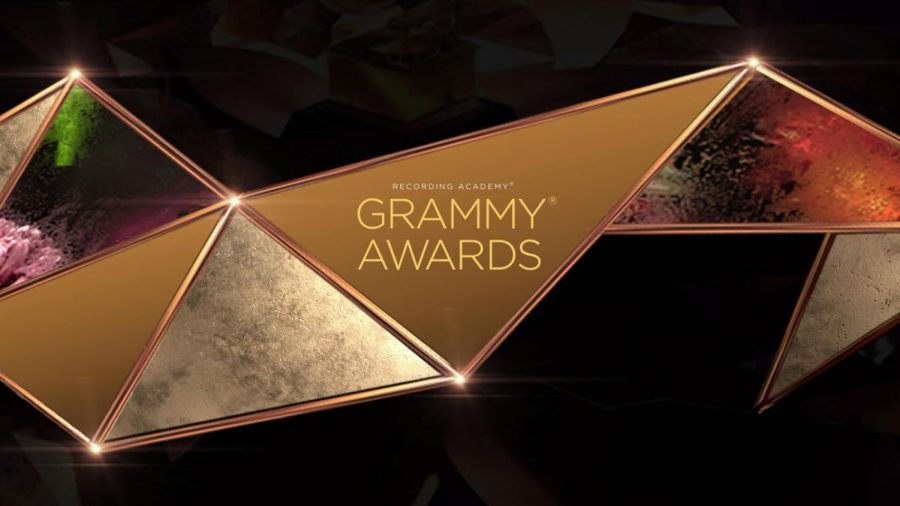 An ad for the Recording Academy Grammy Awards held on Sunday, March 14, 2021 on CBS.

Due to the pandemic, only a few celebrities were able to attend the awards in person and some presented in video. There was also no audience besides the nominees and performers.

All artists that went in person were wearing masks when seated in the audience. Many of their masks, very purposely, matched their outfits.

History was made at the 2021 Grammys Award show with Beyoncé becoming the most-awarded woman in Grammy’s history with 28 awards and her daughter, Blue Ivy, becoming the second youngest person to win a Grammy. Blue Ivy won a Grammy for her writing credit on “Brown Skin Girl,” which won for Best Music Video.

Taylor Swift also made history for winning album of the year three times in a row.

BTS became the first K-POP group to perform at the Grammys with their own song.

BTS was also snubbed of their popular song “Dynamite.” They were nominated for best pop duo/group and lost. Many of their fans were mad that they didn’t win and many believed that they were snubbed because their song was popular.

The biggest winner of the night was, of course, Queen Bey aka Beyonce who took home two more Grammys for her collaborations with Megan Thee Stallion and Blue Ivy.

Overall, there were many interesting performances by the artists and if you missed their performances you can watch them on YouTube using the search “63rd Grammys Performances.”