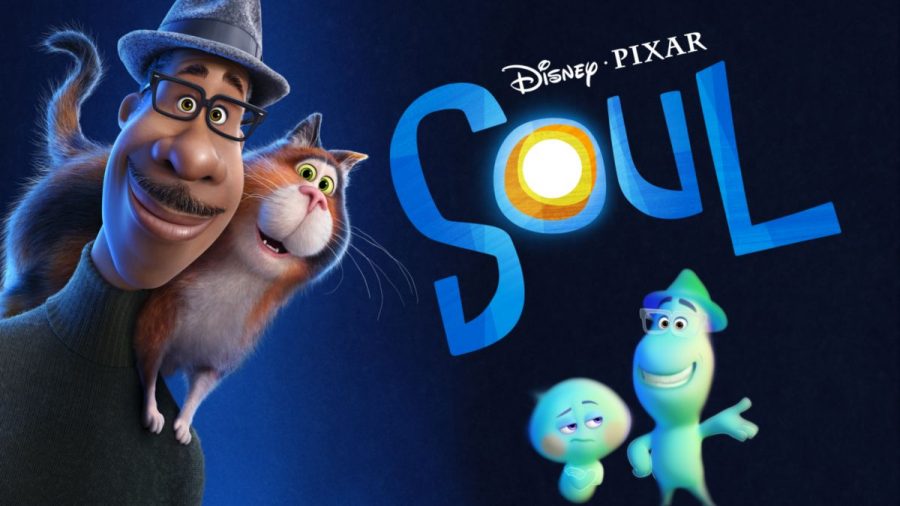 Photo Courtesy of Disney Plus

From left to right, Joe Gardner, voiced by Jamie Foxx, and 22, voiced by Tina Fey.

After the harsh year we’ve lived through, we can all understand how difficult it can be to be happy simply for being alive.

“What is our purpose in life? What does it mean to be alive?” These questions are ones we often ponder. “Soul” is a film that takes a deep dive into the struggles that one can go through to achieve true happiness.

The film follows the life of Joe Gardner, (voiced by Jamie Foxx) a middle school band teacher who somehow finds himself in “The Great Beyond” after his accident on the streets of New York. He teams up with 22, (voiced by Tina Fey) a soul who has no interest in finding her spark or living on earth.

They travel between the land of the living and the afterlife in search of what it truly means to have a soul and be alive.

“Soul” is directed by Pete Doctor, co-directed by Kemp Powers, and produced by Dana Murray.

This Pixar animated film focuses on the mental and spiritual elements on what it means to be alive. Although this film is categorized for all ages, it introduces new and realistic struggles that everyone deals with during the transition into adulthood.

The concept of our insecurities on whether or not we have chosen the right path for ourselves is what makes this film so intriguing.

Joe is a very determined, yet conflicted character who struggles to make his dream of becoming a jazz performer come true. Then there is 22, a very stubborn and disinterested soul who finds no satisfaction in human experiences.

“Soul” is not categorized as a sad film, it is actually classified as a comedic fantasy that may feel too relatable at times. What gives off that overwhelming feeling is actually our own thoughts and questions subconsciously putting us in Joe’s shoes.

The two main characters with quite opposite views on life manage to get intertwined with each other’s lives. Their personalities are not the only things that make them distinctive though. Joe, lives in New York, which is chaotic and fast paced, while 22 lives in the U-Center, the home of new souls, a slow-paced and repetitive void.

The film’s deliberate use of chaos truly makes us question whether this reality of life is worth dying for and ties back to the idea of whether or not we are happy in the path we have chosen.

With both characters questioning decisions, their own company with each other helps them resolve what they truly want in life. They both deal with an unsupportive society that expects a change within them.

As Joe is frantically trying to find his way back to earth, 22 is opposed to all the problems and mishaps that occur on earth.

The best part of this film is watching them face their decisions head on.

“A spark isn’t a soul’s purpose,” is a memorable line from the film.

Overall “Soul” is a very touching, and bold film. Pixar’s decision to face the concept of life and death must have been challenging in a film that can be watched even by a young audience.

With Pixar’s decision to use diversity in the characters, explore the idea of the “creator” in life, and portray such a sensitive topic.

The film could be called a step forward for Pixar and Disney in their diversity for future projects.

A very thought out film that deserves to be watched by anyone and everyone.