The Capitol Riots Reminds Us that America is Better Than This 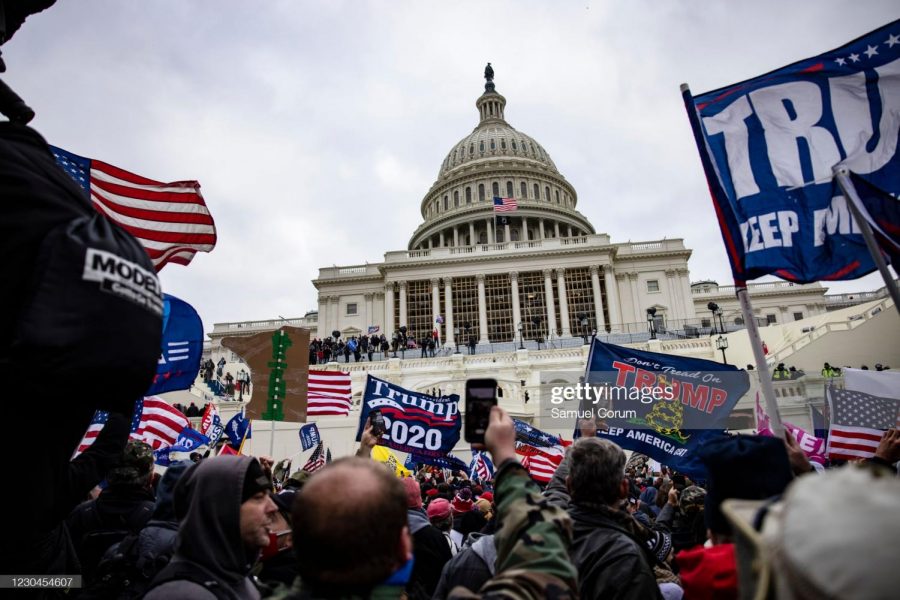 This is the lawful use of violence in the pursuit of political aims. Also known as January 6th, the Trump Insurrection rally.  A mob of thugs made too many unlawful decisions and stormed the Capitol to show support for outgoing President Donald Trump and his claim that the election was rigged.

Many people were injured, arrested, and five lives were lost including a D.C. police officer.

While the Capitol raid occurred, one of our fellow teachers, Helen Seigel, watched and worried how it would impact younger generations to see the violence made by adults and a leader of our nation.  During her fifth period class, she began to cry as she worried.

Seigel was shocked, “I knew what Congress was going to be doing and I thought this is historic and I want to watch and I saw it unfold in real time, I couldn’t believe… I thought how am I going to teach? How am I going to TEACH?” said Seigel.

Seigel held back tears and had difficulty speaking while being interviewed for this article.

“We’re in California, I didn’t realize that such a huge amount of people were thinking like this… but I think our leadership opened the door for it to be okay to express horrible things,” said Seigel.

She continued, “It feeds on itself that mob mentality… some people probably went with intent to do what they did.”

Senior, Michelle Contreras, was hurt by the actions she saw and actions not taken by authorities. She felt had it been people of color marching to the Capitol it would have been a completely different story.

“It was a disgrace to Democracy and my heart is broken to those who fought and lost their lives, then to see that Confederate flag in the Capitol again,” said Contreras.

Contreras is part of a minority community and felt strongly watching the injustice occur in D.C.

One of the terrorists took an American flag and beat a police officer. It was the same people that said, “police lives matter” and praised “blue lives matter.”

Donald Trump “our leader” was the one that directed these “terrorists” to make that attack.

This is not America, our country was unrecognizable that day.

Today, I watched our new president, Joe Biden, in his inauguration speech plead for national unity.

“This is Democracy’s day. A day of history and hope of renewal and resolve through the crucible ages,” said Biden.

The nation was disgraced on January 6th, let’s not repeat history and do better.