Xbox and Playstation are Upgraded Again 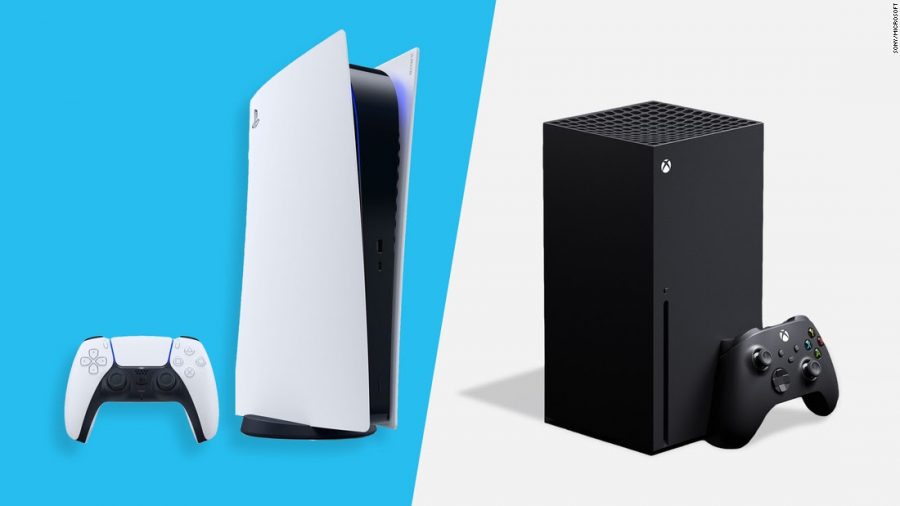 The Playstation 5 and Xbox Series X are side to side in the competition for gamers loyalty and their wallets.

Microsoft and Sony have both released new generations of the respective consoles Xbox Series X and Playstation 5.

Many locations and websites have sold out of latest Xbox and Playstation series. With an estimated sales of 50 million units for Microsoft’s Xbox One and 110 million for Sony’s Playstation 4, since their release in November 2013, many people are indecisive on which console to buy.

The Xbox and Playstation have been at a war for best game console since 2001. Ever since the original Xbox was released into the gaming world, both companies fought to seek buyers attention. Xbox, gained attention and gamer loyalty from 2005 to 2013. Playstation made a comeback in 2013 and has dominated the past seven years.

After reviewing both consoles, the Xbox seems like the better console in gaming because the Playstation 5 has completely changed their controller. This was found to be a negative for some gamers while the Xbox Series has continued with the same controller design and use.

The Xbox Series X  has a basic box design, while the Playstation 5 has changed its design to look like a more futuristic console .

Both consoles will have many games to choose from as new games are released on both consoles.

These consoles will have fan favorite exclusives such as: Marvel’s  Spider-man, Miles Morales, and Halo Infinite.

Both consoles are priced between $400 to $500 for the regular console making these some expensive consoles.

Some juniors from Godinez Fundamental High School, clearly side with the new Playstation 5.

Junior Herbert Palacios, who currently plays Xbox, plans to switch to Playstation, as he is “fed up “ with using batteries on the Xbox  Controller and likes the new redesigned model of the Playstation.

For junior and fellow gamer, Carlos Morales, also a current Xbox player, he has also changed to Playstation. He said, “most of my friends play Playstation and I feel like I could connect more with them if I purchased the Playstation.”

Pro tennis player Naomi Osaka and actor Michael B Jordan are endorsers of the new Playstation.

The celebrity community is split up between the two consoles just as the gaming community.

So who are you siding with in this new generation of gaming? Are you team Xbox or Team Playstation?