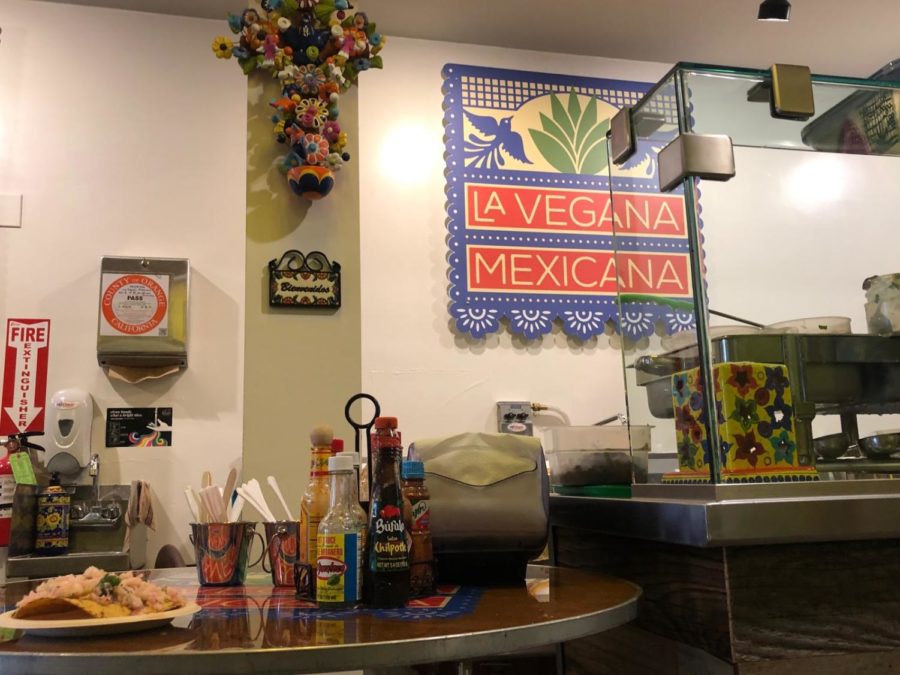 March 02, 2019 at the fourth street market, taken while waiting for order to be ready.

Many great reviews have been coming in about the shop, Yelp user, Veronic M. said, the food was “Amazing, wonderful and delicious authentic Mexican vegan dishes.” Being a fellow vegan myself I decided I had to try it. Vegan food is really, black and white, either it’s good or it’s bad. In all honesty, this place was phenomenal. As stated in their Instagram, @laveganamexicanaoc, they are a completely plant-based eatery, and once I tried the food it honestly made me doubt that because it tasted very realistic.

For a second I was scared that I was actually eating meat and dairy. Their menu is rotational, meaning that every day their menu items are different. They do this so that they can guarantee that fresh ingredients are being used every day. From their menu that day I ordered a ceviche tostada, tinga tostada, and an iced cafe de olla.

Fellow Godinez student, Celeste Larita who also tried the food said, “it was surprisingly really good, I didn’t think vegan ceviche would taste that good and authentic, the seasoning was very spot on, I think it’s a good place if people are trying to eat less meat or transitioning into veganism.” Another yelp user, Karla B, said “From the cauli ceviche to the tamales. I’ve tried other vegan tamales at a vegan street fair & they don’t compare. La Vegana has the tamale recipes down”

Here’s a little back story on this place that just makes it even better. It is a mom and pop shop, that is family operated, the founder Loreta Ruiz, decided to try and make vegan dishes when her daughter had transitioned into veganism due to a health issue. Ruiz experimented with a lot of Mexican type dishes and eventually became widely known for vegan tamales. Over time they gained more and more followers and would sell their food at food fairs until they opened their shop.

Overall, this is a restaurant with fantastic food and I highly would recommend to anyone.